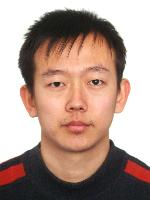 Biography: XU Bo, professor/doctoral supervisor, key member of Engineering Research Center of Navigation Instruments, Ministry of Education. Adhering to the principle of combining basic research, equipment pre-research and engineering development, he has long been engaged in inertial navigation, multi-agent cooperative control, multi-sensor intelligent information fusion research. He has achieved a great deal in this field. He has published 1 academic monograph as the first accomplisher, and 5 academic translations as the first/second accomplisher. As first author or corresponding author (second author), he has published more than 50 academic papers in IEEE Transactions, Ocean Engineering, Journal of Navigation, And Journal of Sensors, Measurement, Neurocomputing, IEEE Sensors Journal, Sonar & Navigation, Measurement Science and Technology, acta Automatica Sinica, Control and Decision. Among them, one paper was awarded the best paper of 2020 by a Chinese core journal, one paper the Excellent Paper of 2021 by China Society of Navigation, and one paper the Excellent Paper of 2021 by The Chinese Society of Naval Architects and Marine Engineers. As the patentee, he has obtained 22 authorized invention patents, 4 international patents and 4 software Copyrights, one of which won the 18th China Patent Award (once publicized on the official website of the Ministry of Industry and Information Technology) and the only One Chinese Patent Award of Harbin Engineering University in 2016. In addition, he has won a second prize of Technical Invention of China Navigation Society (ranked first), a second prize of Scientific and Technological Progress of the Army, and a second prize of Natural Science of Heilongjiang Province. The undergraduate course Modern Control Theory, which he taught, was selected as the 2018 university-level brand course, the 2019 provincial High-quality online Course and the 2020 online and offline hybrid brand course. The graduate course linear System Theory is a university-level excellent course.

Abstract: To address the problem that abnormal underwater acoustic ranging information has adverse effects on the multi autonomous underwater vehicles (AUV) cooperative localization system and the traditional fault detection methods have low detection efficiency when the multi acoustic ranging information is alternately confused, a measurement anomaly detection method based on adaptive neural fuzzy inference system (ANFIS) is proposed. Firstly, the ANFIS model corresponding to each underwater acoustic ranging system is established. Secondly, the characteristic information reflecting the measurement anomaly, which is based on adaptive cubature Kalman filter and Mahalanobis distance, is used as the input of ANFIS. Then we established an initial hybrid database of pre-defined abnormal measurement information to train ANFIS model to realize online real-time detection and isolation of measurement anomalies. Finally, the lake test data are used to verify the AUV cooperative localization simulation. The experimental results show that this method can accurately identify the abnormal situation of measurement information, as the false alarm rate and the missed detection rate are reduced by more than 70% compared with the traditional fault detection method. To calibrate large misalignment angles between Strapdown Inertial Navigation System (SINS) and Doppler Velocity Log (DVL) in SINS/DVL integrated navigation system. A new SINS/DVL/GPS integrated navigation system is derived to complete the SINS alignment and SINS/DVL integrated navigation system calibration, a new quaternion calibration algorithm is prepossessed. Different from the traditional calibration model, the misalignment angles are described by quaternion, according to the physical properties of misalignment angle and scale factor error, the new measurement equation is derived: zero observation vector is used to estimate the misalignment angles, and velocity error scalar is used to estimate the scale factor error. A switching measurement information Kalman filter is designed to switch between different processes. The performance of the proposed quaternion calibration algorithm is evaluated through simulation comparisons with nonlinear model approaches and experiment. The simulation results demonstrate that the proposed quaternion calibration algorithm has better accuracy and robustness than the nonlinear model approaches. The experiment results show that the proposed quaternion calibration algorithm is effective, the SINS/DVL integrated navigation system positioning error after calibration is less than 1.65% mileage in more than 30km travel. To address communication interruption due to factors such as high waves and changeable weather, leading to ASV falling behind or deviating from the course. A leader-follower formation control problem of ASV based on dynamic switching topology and model predictive control (MPC) is investigated. First, based on graph theory and 2-D Delaunay triangulation algorithm, time-based and error-based switching topology are designed for each ASV. In addition, a formation controller based on MPC is designed, which considers the input and collision avoidance constraints in formation to obtain pursuit path of ASV process formation of formation reconfiguration. The simulated results demonstrate that compared to traditional static switching topology, the cost of communication caused by distance of dynamic switching topology is also reduced.

Biography: Giuseppe Carbone is Professor at DIMEG, University of Calabria, since 2018. Since 2020 he is Chair of the IFToMM TC on Robotics and Mechatronics. He has got the Master and Ph.D. degree at University of Cassino (Italy) where he has been a Key Member of LARM (Laboratory of Robotics and Mechatronics) for about 20 years. He has carried out several periods of study and research abroad in Germany, Japan, China, South Korea, Brazil, Spain, UK, France, also delivering regular teaching courses in Spain and UK. The duties of his academic position include supervising or co- supervising students at bachelor, master and PhD thesis level including the supervision of several visiting scholars/researchers/professors from foreign countries. His research interests cover aspects of Robotics, Mechatronics, Engineering design, mechanics of Manipulation and Grasp, Mechanics of Machinery with over 300 research paper outputs, 20 patents, and 16 Phd students completions. He has been also member of 18 PhD evaluation Commissions and viva in Italy, Spain, Finland, UK, Romania, Mexico. He has been invited to deliver invited Keynote speeches and seminars on his research activity at more than 30 International events. He has been principal Investigator (PI) or co-PI of more than 20 projects including 7th European Framework and H2020 funds. He edited/co-edited four books that have been published by Springer and Elsevier International Publishers. He serves in the editorial board of several international journals, including being Editor in Chief of ROBOTICA (Cambridge Univ. Press), Section Editor in Chief of Journal of Bionic Engineering (Springer), MDPI Machines, MDPI Robotics, Technical Editor of IEEE/ASME Transactions on Mechatronics, AE of ASME Journal of Autonomous Vehicles and Systems, Advanced Robotic Systems.

Abstract: The aging of population and decline of NHS resources is opening new problems in healthcare that might be conveniently addressed with robotics solutions, in a near future. This presentation provides a quick overview of the open problems and solutions by focusing to robotic assisted post-stroke rehabilitation. Several design solutions will be outlined and discussed also by referring to the outcomes of AGEWELL, an European Co-fund project led by prof. Carbone in collaboration with CESTER laboratory, TU Cluj-Napoca, Romania. Some proposed solutions are outlined as referring to LAWEX, ASPIRE, and PaRReX patented designs. This exploits the possibilities of novel robotic architectures. For instance, the structure of LAWEX is a non-conventional cable-driven open architecture, which allows accessibility of patients under treatment. Using wristbands, cables are connected to the end-effector which covers the limb to be trained. ASPIRE is a spherical parallel architecture intended for shoulder assistance as it can perform multiple feasible shoulder motion ranges. PaRRex can be seen as a wearable exoskeleton with modular structure, consisting of two parallel modules, one for the forearm mobilization (elbow flexion) and the pronation/supination, the second parallel module is designed to mobilize the wrist (flexion/extension and abduction/ adduction). 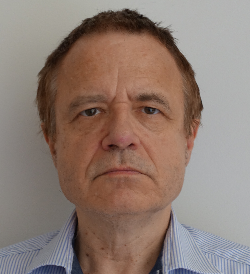 Biography: Jean-Michel Coron studied at École polytechnique. He first worked in the field of non-linear functional analysis. Since the beginning of the nineties, he studied the control theory of finite dimensional control systems and of partial differential equations, which includes both controllability and stabilization issues. His results put strong emphasis on nonlinear phenomena, and part of them found real life applications to control channels. Jean-Michel Coron was awarded numerous prizes, like the Fermat prize in 1993, the Dargelos prize in 2002, the ICIAM Maxwell Prize in 2015 and the W. T. and Idalia Reid Prize (SIAM) in 2017. He was invited as a semi/plenary speaker at the 2010 International Congress of Mathematicians, at the 2015 International Congress on Industrial and Applied Mathematics and at the IFAC 2017 World Congress. He is now a Professor Emeritus at Sorbonne Université and a member of the French Academy of Sciences. According to the Mathematics Genealogy Project he has more than 130 descendants.

Abstract: Hyperbolic systems in one space dimension appear in various real life applications (navigable rivers and irrigation channels, heat exchangers, plug flow chemical reactors, gas pipe lines, chromatography,...). This talk will focus the stabilization issue of these systems. Stabilizing feedback laws will be constructed. This includes explicit feedback laws which have been implemented for the regulation of the rivers La Sambre and La Meuse. The talk will also deal with the more complicate case where there are source terms as well as with the integral action.